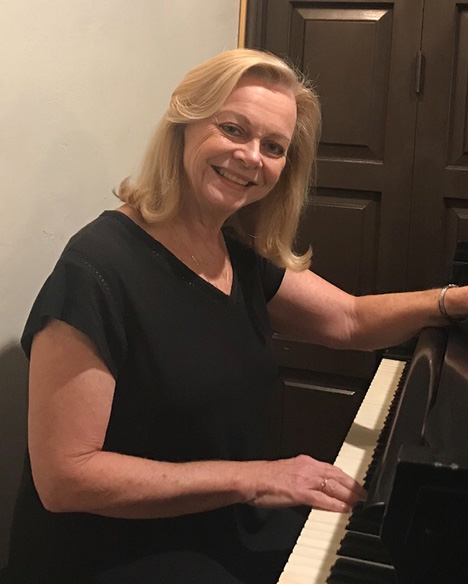 Anita Smith, a native Floridian, received her Bachelor’s Degree in Music Education from Florida State University.  Ms. Smith taught Vocal and General Music in Elementary, Middle, and High Schools in her hometown of Naples, Florida, and in Boca Raton for 36 years. Her choruses consistently received Excellent and Superior ratings at Festivals and her students were chosen to participate in Honor Choirs in Florida and the Southeastern U.S.  She conducted the Palm Beach County Middle School Honor choir in the Spotlight on Young Musicians Concert at the Kravis Center in 2005.

Ms. Smith has been organist and soprano soloist at several churches in Naples, and currently at St. Paul’s Episcopal Church in Delray Beach.  She performs as a jazz vocalist and sings with the Prime Time Music Orchestra Big Band.

Ms. Smith is a sought after accompanist in Palm Beach and Broward Counties.  She has worked with the Girl Choir of South Florida for three years.  This year she accompanies the Mezzo Choir.

Register with the The Girls Choir of South Florida!

Join the premier singing ensemble for girls and young women ages 6 through 18. For More information call 954-533-9227