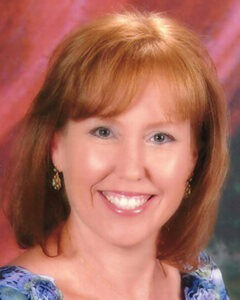 Wallis Peterson is the founding Artistic Director of the Girl Choir, and currently serves as Artistic Advisor.

Mrs. Peterson has been an active as a choral director, music educator, and clinician in South Florida since 1990. She began her career as the choral director for South Broward High School, where she built a program that included award-winning mixed, men’s and women’s ensembles. She also served as the music director for the children and youth choirs at First Presbyterian Church of Ft. Lauderdale, preparing young singers for a variety of performances and festivals locally and throughout the state of Florida.

Mrs. Peterson also served as the director of the Training Choir for the Florida’s Singing Sons Boychoir from 1998 through 2006. In this capacity, she worked with eighty to one-hundred 3rd and 4th grade boys each year, preparing them for a minimum of three concerts throughout the season.

Mrs. Peterson was the music specialist for The Blake School in Plantation from 1994 to 2017, where she directed choirs with members ranging in age from seven to fourteen. She also provided general music instruction to all pre-K through 8th graders, and the entire student body participates in a minimum of two major concerts each year. Her students regularly participated in All-County, All-State, and ACDA honor choirs.

Register with the The Girls Choir of South Florida!

Join the premier singing ensemble for girls and young women ages 6 through 18. For More information call 954-533-9227